After the experience of the last editions since 2016 (rated as excellent by the attending families) for this summer 2022 we have organized a camp which has never been seen before with our team of technology monitors. Your children will have fun in nature while they learn the latest technologies in the most enjoyable manner. Robot Creation and coding Workshops, robots, videogame design with Unity and virtual reality….And much more! All of this surrounded by nature, doing adventure sports and enjoying biodiversity

In the adventure park of Deportur-Naturaran there is a recently renovated bungalow area with zones for group accommodation in 5 room Bungalows with 2 and 3 beds per room and 2 full bathrooms. Our groups are formed in teams, Genius (9-11) and Expert (12-17). The space also contains communal areas for workshops on the top floor. The dining room was the best rated component of the camp in the 2016 edition! Moreover, for the magical star watching night we have the Teepee Camp at our disposition.

Boys and girls from 8 years of age can participate as long as an older brother or sister attends the camp as well.

With workshops where incredible projects will take place All of the participants will stay in the 5 room Bungalows with 2 and 3 beds per room and with 2 full bathrooms in their interior. There is an area for playing games, doing sports and a pool.

The camp has separate, large bathrooms for boys and girls with individual showers and hot water.

The Workshops that we will conduct in this camp will be focused on 2 principal areas which repeat each week for the 2 age groups, Genius and Expert. Those who attend more than one week will change the activity.

Inventor Lab Genius: Each week they will develop 2 activities throughout the morning, a robot construction project, with which they will learn to use and code their motors and sensors. On the other hand, they program the Micro:bit electronic board to carry out different experiments every day, they will make a video game controller, they will create the game Space invader, they will recreate the game &quot;rock, paper, scissors&quot; visualizing the result on the LED display and using as given the accelerometer sensor on the Micro:bitboard..

Unity Explorer: With Unity making games is easier The game developtment is a field that many young people are passionate about, however it

is difficult to know how and where to start.

A few years ago, the developtment of Video Games was very difficult, but for a few years, with the rise of the Video Game industry, several tools have been developed for their creation. One of those platforms is Unity. 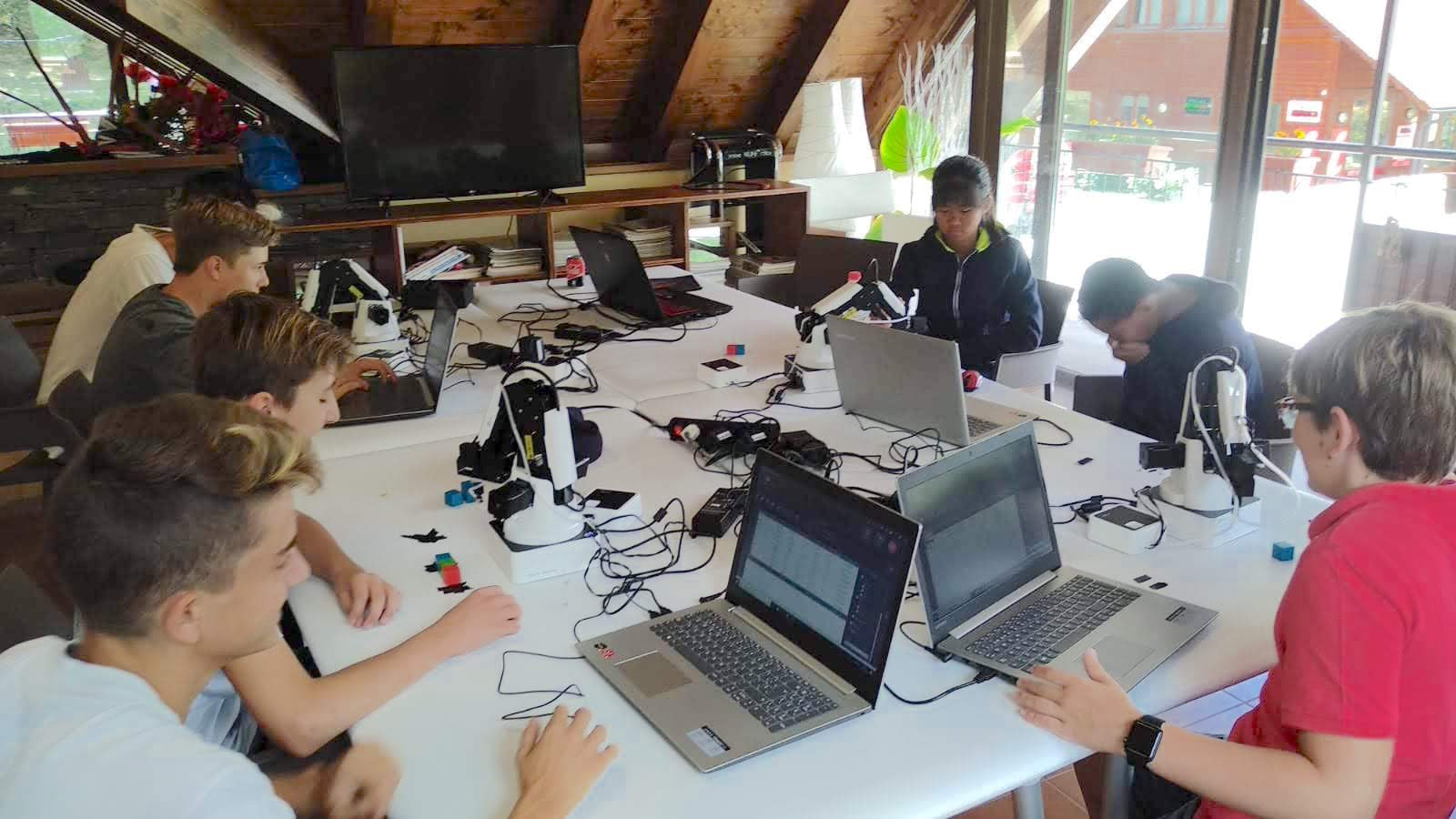 Autonomous robot with Artificial Intelligence (AI) system, introduction to Python programming. Explore how thanks to the AI ​​image recognition system a robot can recognize traffic signs or different objects, the robot you will ride will have to pass different tests thanks to the coding to control its motorsand sensors, including its vision camera. In this activity you will begin to learn how to program in Python, the programming language that is used in AI projects and that opens the door to programming in code.

The camp takes place in the facilities of Deportur – Naturaran in Les, Valle de Aran, with accommodation in bungalows with rooms with 2 or 3 beds and an area with Teepees for the magic night including a sporting activity every day: adventure park with zip lines and Tibetan bridges, rock climbing introduction, Via Ferrata (fixed climbing), canyoning, laser tag or rafting, etc. If the participants for any reason wish not to participate in any of the adventure sports activities, there will be other options available during this time. Each activity will be at the hand of a group of qualified and certified instructors. Moreover, we will use the pool, football, beach volleyball, ping pong and billiard areas within the camp.
Our camp combines key areas in education for the future of your sons and daughters: initiative, technology, sport and nature. We are the leaders in multi-disciplinary camps on a national level.

Our camp combines key areas in education for the future of your sons and daughters: Initiative, technology, sport and nature. We are the leaders in multi-disciplinary camps on a national level.

Enrolling your child in one of the best summer camps in Spain to allow them to learn new skills, have fun and stay active in a safe, fun and nurturing environment.

The latest in technology

Our monitors are technology enthusiasts and have years of experience in the education of boys and girls and adolescents. They will teach the latest tendencies in technology: , virtual reality, robotics, 3D design, etc.

The camp is open from July 3 through the end of July 17 in weekly sections for one week or more than one week stays.

Enjoy a unique camp from which your children will return enthusiastically. They will have lived new adventures and will have experienced the latest technologies in an incredible mountain environment.